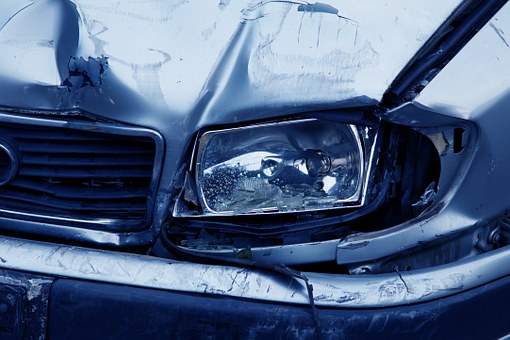 Official Figures from the Department for Transport show that tailgating is more likely to cause a crash than speeding, bad weather and drink-driving.

Tailgating, the act of driving too close behind another vehicle, is a leading cause of van accidents in the UK, with around 10 injuries per week from such accidents.

In fact, one in every eight injuries on UK roads are a result of this offence. Tailgating causes over 100 serious injuries and fatalities annually. Almost 9 in 10 people have experienced being tailgated or been a witness of it, and over 25% of drivers hold their hands up as a committer.

In total, UK roads see over 4,000 accidents annually due to this careless driving behaviour, resulting in over 6,000 casualties.

Of course, not all tailgaters are doing it on purpose, though some do. Instead, they may be unaware of how close they are to the driver in front. It’s also possible that they’re just unaware of the great danger they’re posing.

People driving vans on A-roads are most in danger of suffering an accident. Overall, 55% of tailgating cashes occur on these roads.

Former Formula 1 world champion, Nigel Mansell, who is now President of IAM RoadSmart, is passionate about ending tailgating on roads.

“There is absolutely no upside to it. You will not get to your destination faster and you are not a skilled driver for doing it. Plus, you are putting so many innocent people at risk”.

He also acknowledges the potentially awful consequences of a tailgating accident, saying: “Tailgating is a driving habit I utterly deplore. Not only is it aggressive and intimidating, but it can lead to a crash with a tragic outcome”.

To avoid such tragic circumstances, stick to the Highway Code. It tells you to leave a two second gap between yourself and the vehicle in front.

What do we think about tailgating?

James Hardy from our Personal Injury team expresses his thoughts about tailgating and the danger it poses.

“I think most of us have been a victim of tailgating and it is something that I completely despise”, James said.

He explained that tailgating risks very dangerous accidents, particularly when the victim of this risky driving act has to stop suddenly. The person committing tailgating has almost no time to brake and therefore will crash into the back of the victim.

“As a driver, being tailgated just causes distraction and has you looking in your mirrors at the vehicle tailgating you. This means that you’re not focusing on the road ahead.”

Therefore, if you end up crashing into someone else on the road because you were too busy looking in your  mirrors at the car too closely behind you, you’re the one who’ll be deemed at fault for the crash, rather than the driver distracting you.

“A charge for dangerous driving should be the punishment for tailgaters”, James added.