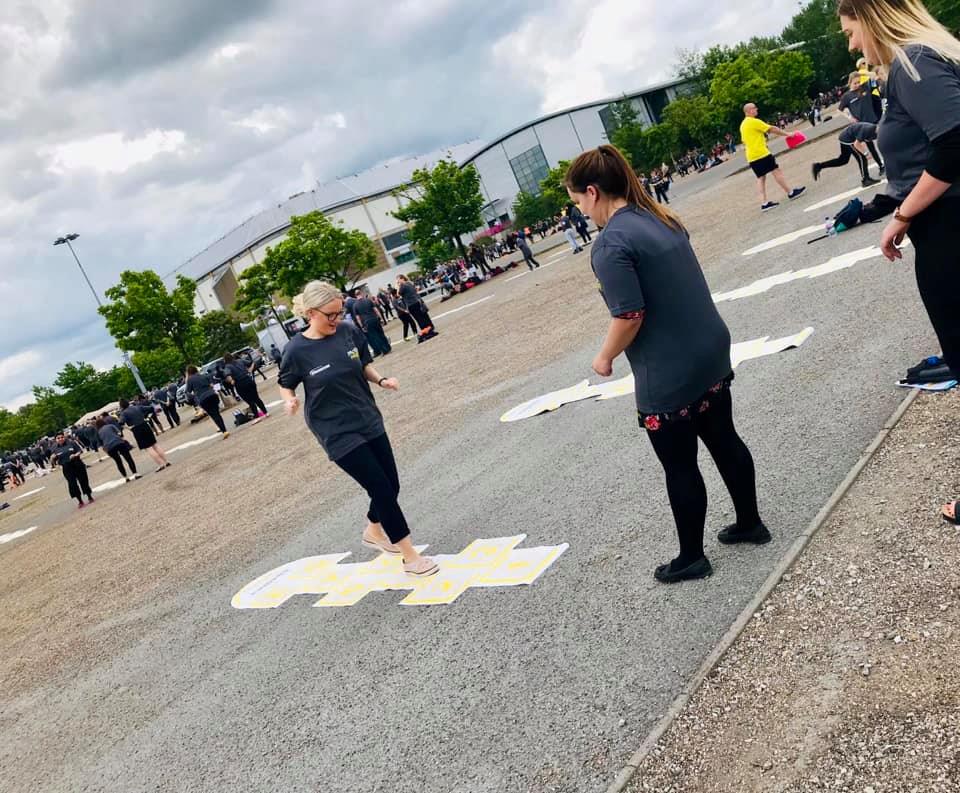 On Monday, we packed up and headed down to the FlyDSA Arena car park to take part in the Move More Month launch!

Move More Month will run for the duration of June 2019 and the aim is to get the people of Sheffield doing more physical activity.

Monday 20th May marked the launch of the month of fitness, and what a special day it was…

Attempting to break a Guinness World Record, Move More invited all the people of Sheffield to come and play hopscotch simultaneously.

Schools, businesses and individuals took part in what was a great gathering of people who believe in making Sheffield more active!

Holly expressed her thoughts on the event: “There was a fun atmosphere and it was great to see so many people from across the city come together and get involved!”.

Move More has announced that they believe 664 people to have participated on Monday… the world record stands at 621.

They are still waiting for confirmation of the numbers though, so fingers crossed!

At the event, we offered people the chance to try our 200m cycle sprint challenge, and saw some great efforts.

Children from various primary schools across Sheffield enjoyed trying out our bike. We’ve definitely got some aspiring Katie Archibalds and Chris Hoys in the Steel City!

Throughout June, there will be lots of opportunities to get active and take part in this month of exercise!

He said: “Everyone left smiling and that’s what it’s all about! We’re trying to show that physical activity doesn’t have to be running marathons; it can be fun!”.

June’s plans include the Move More Workplace Challenge, where organisations can sign up and participate in various activities. The target is 10 million active minutes, and last year’s total came to a whopping 6.8 million.

Holly concluded: “We had a fun and active morning as a team and are looking forward to getting the record result, and seeing the city smash the active minutes target  in June too”.

The Sheffield-wide strategy aims to transform the city into the most active in the UK by 2020; get involved and Move More!