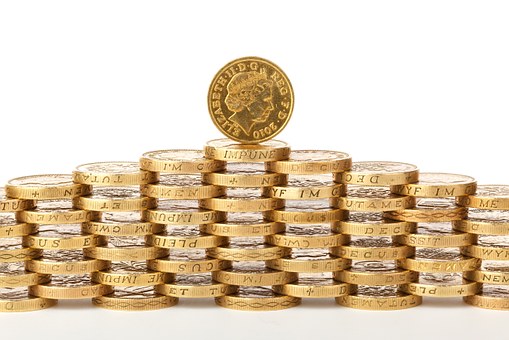 Latest official data brings us the positive news that wages rose by 3.1% in the three months to August, in comparison with a year ago.

Andy Haldane, Bank of England Chief Economist, recently said that he could see signs of a “new dawn” for wage growth.

Furthermore, recent data pointed out that unemployment fell by 47,000 to 1.36 million in the three months to August.

Following this good news, the pound rose to its highest of the week.

Seeing the pound rise is a refreshingly pleasant sight, given the instability of it during Brexit negotiations and the continuing uncertainty of the UK’s trading future.

Inflation was 2.5% over this same period, which has some impact on the value of the rise in wages.

David Freeman, the Office for National Statistics (ONS) Head of Labour market, said: “people’s regular monthly wage packets grew at their strongest rate in over a decade but, allowing for inflation, the growth was much more subdued.”

So, if we’re bringing inflation into the equation, we see a pay growth of just 0.6%.

Basically, this means that a lot of people aren’t necessarily seeing much difference to their financial situation, despite their wage rise, because of inflation. This part isn’t the happiest news, of course.

This will affect the amount of disposable income people have, effectively keeping it very similar to before the wage rise, as prices of goods and services are rising too.

Always look on the bright side of life

On a brighter note, the number of people in work is still at a near-record high, according to Freeman.

Guess what… it gets even better! The unemployment rate is actually at its lowest since the mid-1970s.

It really is good news that we’re seeing such wage growth right now, but it’s not the best thing ever, especially when comparing figures from before the financial crisis with these current figures.

The average pace of wage growth before the 2008 financial crisis was 4%, and economists are banging their heads against walls trying to figure out why wages have been growing so slowly, especially given that employment has sharply decreased.

Overall, we’ve got to be happy that wages are on the rise, and let’s just hope that inflation calms down soon…