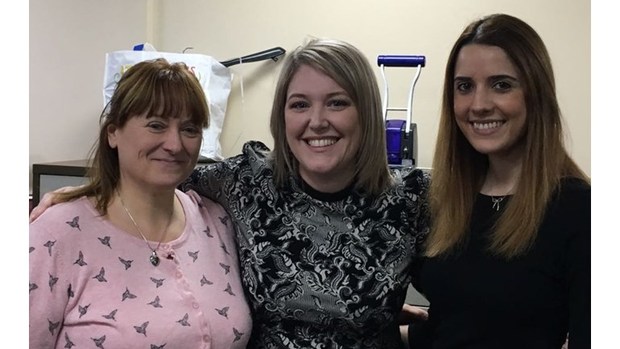 Last month, three of our staff attended the sleep-out in Sheffield city centre to raise awareness of homelessness in the city.

The event was organised by the Cathedral Archer Project, and so the sleep-out took place on the ground of the Cathedral courtyard.

Our very own Kerry Mathews, Tracey Richmond and Katie Hobson braved the bitterly cold night for this incredible cause.

Tracey Richmond, Secretary to Head of Dispute Resolution, said: “I found the sleep out extremely thought-provoking and rewarding. It made me realise how much I take things for granted, such as a roof over my head and a bed to sleep in.”

Katie also felt that it was very thought-provoking. Although people often sympathise with the homeless and would like to help them more if they could, it is still difficult for people to understand exactly what being homeless is like, so this event gave people the opportunity to get a deeper insight into what it’s like sleeping rough.

However, Katie did acknowledge that there is still a huge difference between what she and her colleagues did and what the reality of homelessness is.

Katie said: “I did it for one night and with friends. If I had to do it every night I can’t even begin to imagine how lonely and scary it must be and it breaks my heart that people are in this position on a nightly basis.”

The three of them felt excited at first when they set up their sleeping bags, but admitted that when the streets became quieter and the weather was wet and cold, it really made them think.

Katie discussed the significance of charities such as this one and said: “If anyone wants to support the homeless, donating money to charities like The Cathedral Archer Project helps those charities to continue providing a safe, warm and supportive environment for those who need it.”

Tracey, Katie and Kerry managed to raise a total of £721 for this amazing local charity.

If you would like to participate in a sleep-out and raise money for the Cathedral Archer Project, there is another one on the 14th September 2018.