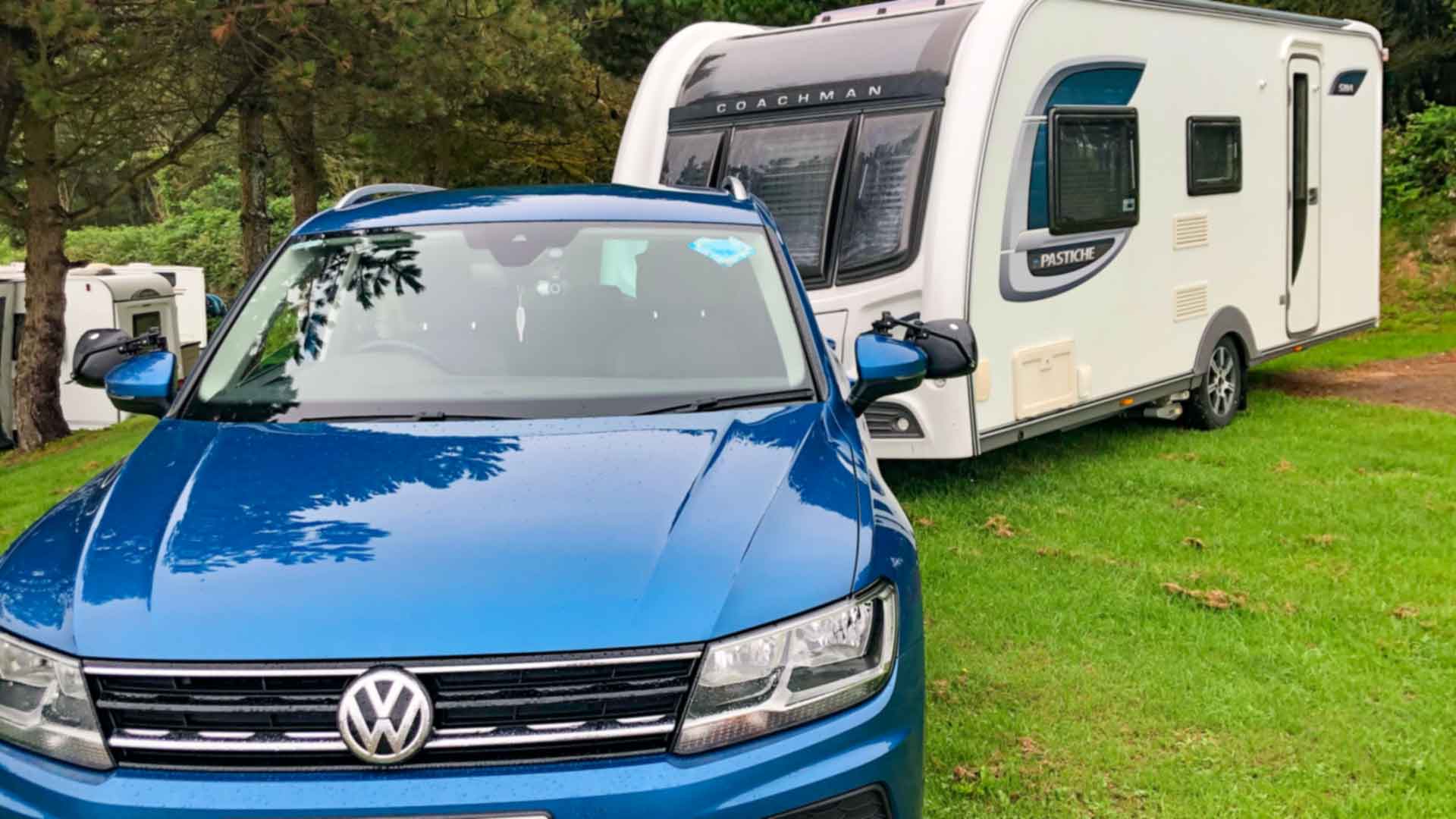 We have been discussing the upcoming towing law changes in the office, and have been surprised by how wrong some people have interpreted the current rules, never mind the changes. Do you understand the rules? We’ll try and explain.

We have been looking into the changes that will come into effect in Autumn 2021.

Firstly, we have to remember that the changes have not happened yet. So you still need to abide by the rules currently in place. The date the changes will come into effect has not been announced yet, and you could risk a fine or up to £1,000, 6 penalty points or a driving ban should you tow more than your licence allows before the law changes.

You could expect to see a number of weight values indicated on a metal plate or sticker attached to the vehicle or trailer. These are important to understanding what you are allowed to drive and tow. These values may also be published in the vehicle’s handbook.

The MAM weight, is the maximum permitted weight that a vehicle is allowed to weigh, also known as the gross vehicle weight (GVW). (Labelled (A) on the images above).

Unladen weight is the weight of the vehicle or trailer when it is not carrying any load. That includes passengers, fuel or batteries in an electric vehicle. This could also be called curb weight.

Gross train weight (GTW) or gross combination weight (GCW) is the total weight that the vehicle and its trailer including load that is safe to tow with said vehicle. (Labelled (B) on the images above).

On the images above, the weights labelled (C) and (D) indicate the maximum axle loads for front and rear axles respectively.

On your trailer or caravan, you may see a value detailed as MTPLM, which means maximum technically permissible laden mass… but that’s quite a mouthful, and essentially means the same as MAM or GVW.

It is also possible for a vehicle or trailer to be ‘down-plated’, if it is unlikely to be used at its potential maximum weight. This would result in a lower weight limit being indicated on the plate or sticker attached the vehicle or trailer.

If you passed after the 1st January 1997 but before 18th January 2013, then you are still allowed to tow a trailer or caravan. However, you are limited to a driving a car or van up to 3,500kg MAM with a 750kg MAM trailer (4,250kg gross train weight). Alternatively, you can tow a heavier trailer, provided that the gross train weight does not exceed 3,500kg and the MAM of the trailer is not more than the unladen weight of the vehicle. To tow a heavier combination, you would have needed to pass a B+E car and trailer driving test.

If you passed your test after 18th January 2013, then you are still allowed to tow a trailer or caravan. However, you are limited to a driving a car or van up to 3,500kg MAM with a 750kg MAM trailer (4,250kg gross train weight). You can tow a heavier trailer, provided that the gross train weight does not exceed 3,500kg. To tow a heavier combination, you would have needed to pass a B+E car and trailer driving test.

As of the 20th September, the DVSA will no longer be offering car and trailer driving tests. The rules will be changed in Autumn 2021, but the date is still to be confirmed.

Until that date, you must continue to follow the existing rules about what you are and are not allowed to tow, based on when you passed your driving test (or any additional driving tests).

Later in 2021 the rules will change. There will not be any changes for those who passed their tests before 1st January 1997.

However, for those who passed their tests after the 1st January 1997, you will be allowed to tow a trailer or caravan up to 3,500kg MAM. Just remember to keep an eye on the weight limits of what your vehicle can tow.

When Will the Change be Implemented?

At the moment, we only know it will be Autumn 2021. The actual date has not been published. Until that time, you must continue as your licence permits now.

Whilst there are a few of our staff who are grateful to receive the changes, we also have our own apprehensions.

This summer, we’ve seen the roads to popular holiday destinations busier than ever with staycationers. There has been a boom in caravan sales, and some of the driving we have seen has been frightening. Hands up whose seen a car and trailer in the outside lane on the motorway, flying past at 70+ MPH?!

There are additional rules to abide by when towing, and we worry that ignorance to these rules will bring danger to the roads. The changes are going to unleash those that are not confident or skilful enough to tow safely.

Our advice is don’t risk it if you are not confident and knowledgeable of the rules. Seek the help of a towing instructor to build your confidence and ability before hitting the roads with a 3 and a half ton trailer.