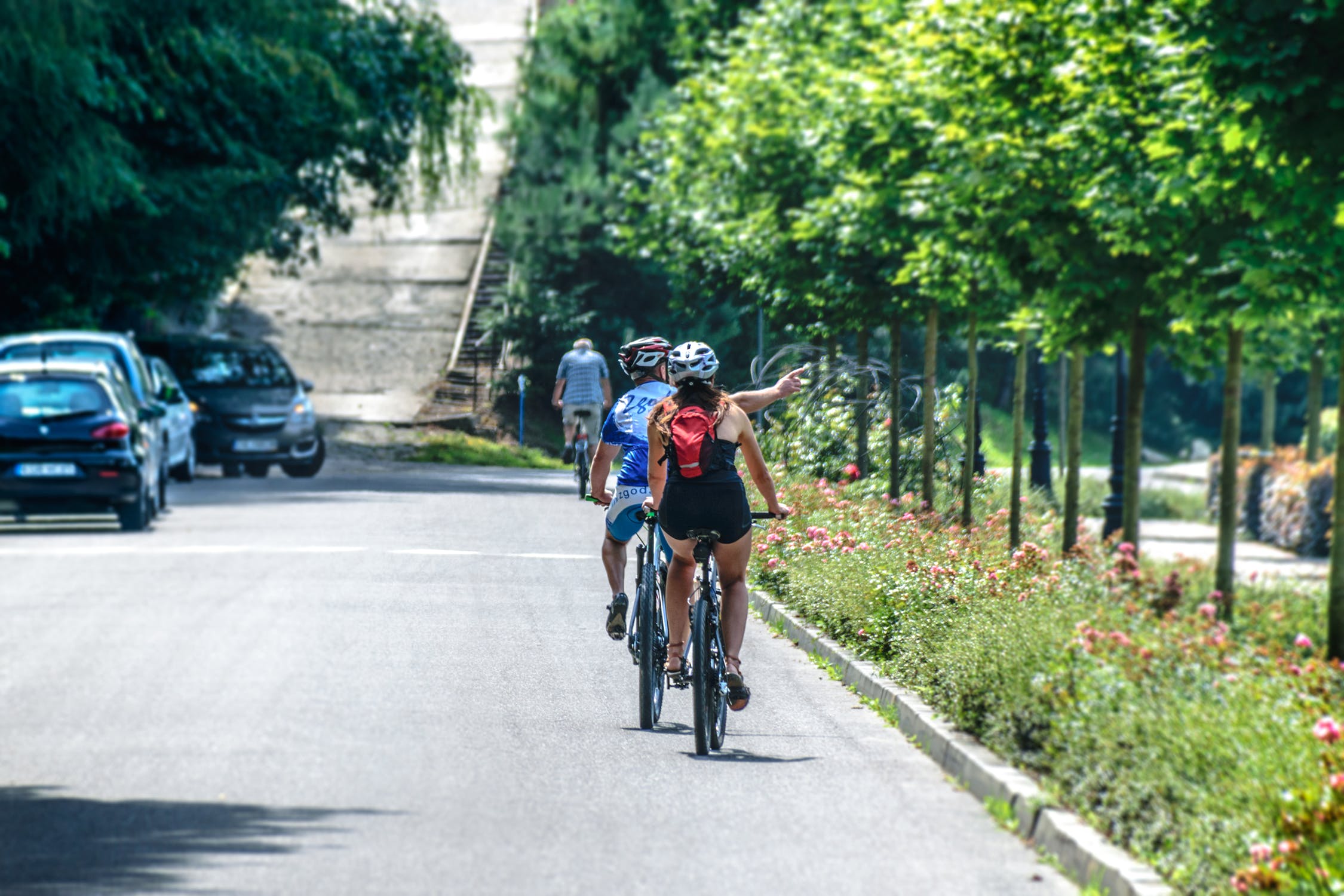 If you’re thinking about beginning to cycle instead of drive, there will undoubtedly be certain preconceptions that are putting you off. You’ll be pleased to know, they aren’t actually true.

While this is a common way for angry drivers to rage about cyclists, it is true. However, neither do drivers. Road tax doesn’t exist. Road tax was abolished in 1937. Drivers pay Vehicle Excise Duty (VED).

Fairly and understandably, the amount of VED people pay is dependent on the carbon dioxide emissions created by the vehicle. Road users with low-emission vehicles, being in Band A, pay nothing. Therefore, if cyclists were subject to VED, they wouldn’t pay anything anyway due to the zero emission nature of bicycles.

What also needs to be acknowledged is that VED is not ring-fenced for roads. Roads are paid for out of general taxation including income tax, and also local taxation e.g. council tax.

If you pay tax, you’re paying for roads; including cyclists.

It is a stereotype of cyclists that they run red lights, peddling off into the sunset with a bag of stolen treasure. In reality, barely any cyclists go through red lights. Of course, some do, but so do drivers. Research by the Department for Transport, ignoring traffic signals contributed to 1% of cycling accidents and 1% of car accidents in 2013. This means there was 187 and 1664 accidents respectively. Clearly, for drivers to accuse cyclists of being red light bandits is unfair.

‘Cyclists must always keep to the left’

Being ‘out of the way’ of traffic might seem safer, so cyclists may be sticking to the kerb like a magnet. It’s much safer to be over 50cm away from the kerb and often should be a metre or more wide of the kerb. Cyclists may ‘take the lane’ which is riding in the centre of the lane to make yourself more visible to drivers.

Actually, they’ve never been cheaper. In the early 1900s, a good bike would cost a month’s wages. Nowadays, bikes aren’t much of a chunk out the ole’ budget, with the average weekly wage being approximately £500. You can get a decent bike for that much!

Cycling has its risks, as does anything. Wear a helmet and reflective gear and you’ll be fine. To put some perspective onto it, coronary heart disease kills 75,000 people each year in the UK. One in 10 of these deaths, which is 7,500, are due to physical inactivity.

On that note; on your bike!