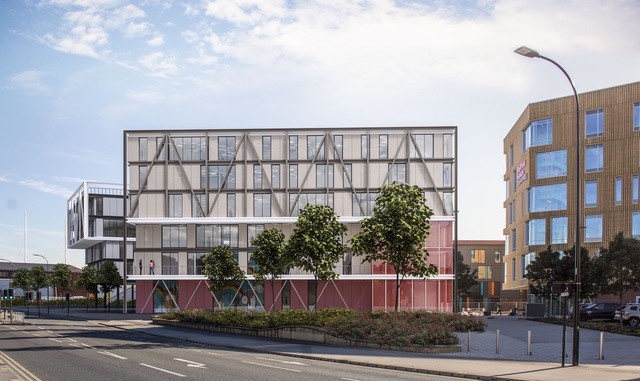 Leading health experts have spent the past 3 years developing plans for the most advanced child health technology centre in the world. Which is set to be built right here at Sheffield Olympic Legacy Park.

Professor Paul Dimitri is Professor of Child Health and Consultant in Paediatric Endocrinology at Sheffield Children’s Hospital. He said “Through collaboration and a wealth of commercial opportunities, the CCHT will advance healthcare and provide the platform for the UK to become a world leader in child health technology.”

What work will this new research centre do?

At the CCHT research will cover long-term conditions such as asthma, diabetes, epilepsy and mental health disorders. The centre is set to provide the world’s most advanced healthcare for children and young people.

Facilities at the centre will include; both therapy and rehabilitation rooms, clinical space, digital and advanced technology laboratories, a thermal imaging unit suite, test-bed faculties and a living laboratory, as well as offices, and conference rooms.

These will all contribute to the centre’s objective to support healthy behaviours in early life. Including aims to prevent adult disease, deaths in children, and complications that arise from pre-term birth and childhood disease.

CCHT to provide many benefits to society

Richard Caborn, project lead for Sheffield Olympic Legacy Park, wrote to the Secretary of State for Health and Social Care and other senior decision makers in the Government and Whitehall with full details of the centre, and has asked for their support. In regards to their response Richard said, “we could not have been better received.”

Richard said that: “Investing in the CCHT and child health technology makes economic sense for the country and the Sheffield City Region”. As the government commence plans to step-up health care and hospitals, global support has already been expressed. Including that of global industry leaders such as IBM, Philips and Canon Medical

“Every £1 invested in child health returns more than £10 to society over a lifetime. So, a £20m investment to develop the CCHT has the potential to return more than £200m to the National Health Service in the future.”

The growth of the Sheffield Olympic Legacy Park

The CCHT will become part of the rapidly growing cluster of international organisations at the Sheffield Olympic Legacy Park. All aiming to improve public health and well-being.

The plot is currently home to the Advanced Wellbeing Research Centre (AWRC), National Centre for Sport and Exercise Medicine, and the National Centre of Excellence for Food Engineering which is hosted by Sheffield Hallam University.

The Wosskow Brown Foundation has  partnered with various organisations on the Olympic Legacy Park. Including the AWRC, and  The Oasis Don Valley School. Also the parks driving force, Richard Caborn, has been a great supporter and President of our Foundation.