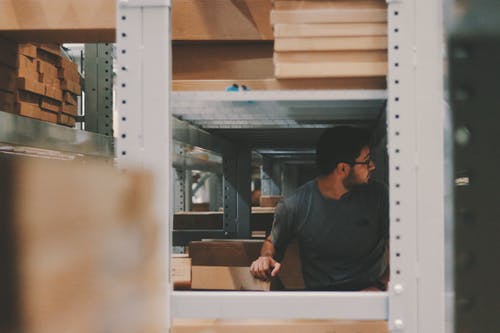 Hundreds of people have been involved in a serious accident at work at Amazon’s UK warehouses, over the last few years.

According to data from the GMB union, 240 reports of serious injury or near misses were sent to the Health and Safety Executive last year. Making a total of 622 over the last three years.

For an injury to be included in these figures it needs to have stopped a worker performing their usual duties for a minimum of 7 days. There is also a list of specific injuries which are deemed serious, including fractures, amputation, crushing, scalping and burning.

The GMB has obtained these figure regarding Amazon’s UK warehouse via Freedom of Information requests.

In Manchester, one worker got caught in a gate and fractured their hand. In Leicestershire, a worker suffered internal bruising after being knocked down by a heavy goods vehicle. And in one London warehouse a worker lost consciousness and appeared to stop breathing after injuries to the head, the GMB said.

An accident investigation report found “the main root cause of this incident was failing to provide a safe working environment”.

The rate of injuries reported has gone up every year. From 152 in 2017, to 240 in 2019. However the figures overlap with a period in which the number of warehouses run by Amazon more than doubled. The distributor went from from 10 UK warehouses in 2015, to 22 today.

GMB national officer Mick Rix said: “Amazon are spending millions on PR campaigns trying to persuade people its warehouses are great places to work. But the facts are there for all to see, things are getting worse.”

Personal Injury claims for an accident at work

James Hardy, Paralegal for our Personal Injury Team, commented on the figures. “The information provided by the GMB is alarming but not surprising to us. We have dealt with a number of claims for accidents at work against some of the large distributors.”

“An accident at work can be caused by a multitude of reasons. This includes faulty equipment or machinery, the actions of another colleague, or general hazards. Hazards may not have been identified as a problem due to lack of assessment or a lack of training.”

“Of course, there are many other reasons why you may have sustained injuries from an accident at work. What may seem like a small accident could even result in future problems. It is the responsibility of your employer to ensure you are safe at work, and the correct risk assessments are carried out.”

If you have been involved in an accident at work we would urge you to contact our Personal Injury Team for a free consultation.