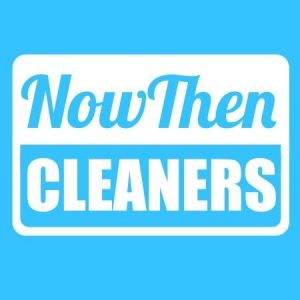 This is the story of how local lad, Hugo Russell, has grown his modern cleaning company ‘NowThen Cleaners’ with help from the Wosskow Brown Foundation.

Hugo was born in Sheffield and has now obtained a degree in Management from the University of Leicester.

Four years ago, he moved back to his home town of Sheffield from London. He wanted to set up a business that helped other businesses as well as consumers.

He noticed a gap in the market… in the cleaning industry. Eureka! Hugo observed that this industry is swamped with many old-fashioned, somewhat outdated businesses. So, equipped with £200 and a laptop, he decided to start a modern cleaning company.

Making such a business modern involved things such as allowing customers to book online on the website.

Starting up as a B2C business, NowThen Cleaners spent the early days offering their cleaning services to Sheffield residents who wanted their flats and houses cleaning. This involved mainly ‘end of tenancy’ cleaning, deep cleaning and regular domestic cleaning.

“We have supported Hugo since start-up. Firstly, by providing a room for him to interview staff during his initial recruitment drive. At this time, he was still living in London but driving up here on Fridays to do interviews”, Jim said.

He then offered Hugo free access to our incubation space, which gave him a free office, free WiFi, free phones and free mentoring.

“We gave Hugo access to all this for 12 months during the crucial start-up phase when money is tight”, Jim explained.

Jim continued to help by making use of his wide contact base.

“We also gave him access to our wide network of contacts to help him grow the business.

“Plus, he was able to listen to our monthly talks from experts on Sales, Marketing, Social Media, Cash-flow and Accountancy. We gave him further access to business people who had ‘been there and done it’ and happy to share their experience.”

In year two of NowThen Cleaners’ timeline, they made their online system even more advanced.

“We launched our own geo-located app for customers to manage their bookings. Using the app, our staff can also view their bookings and check-in/out of the appointments”, Hugo said.

Now, in the fourth year of NowThen Cleaners, they have greatly expanded. They now operate not only in Sheffield, but across the South Yorkshire region, North Derbyshire and Leeds too.

Their commercial client base has really rocketed as well. Commercial buildings they now clean include offices, bars and schools, amongst many more.

“We now meet two or three times a year and our next review will centre on how we can help Hugo to scale up his company”, Jim revealed.

Hugo stated that he would love to keep growing their client base, both domestic and commercial.

Jim spoke of how the WB Foundation can help Hugo going forward into the next stage of business development.

“Our role will be to provide a model for growth and as importantly, access to the wrap-around support he will need as he leads his company through a further period of growth”, Jim commented.